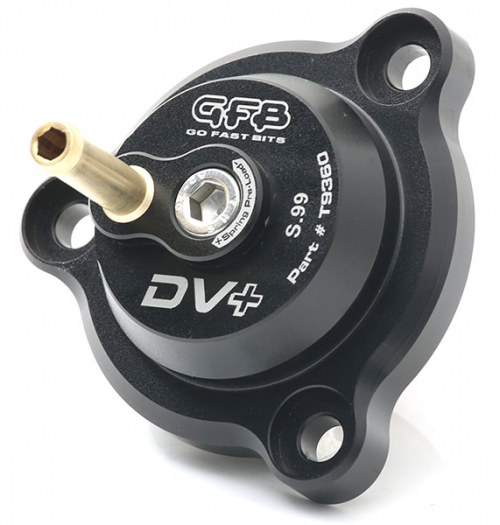 The DV+ T9360: When you want no noise, no nonsense just performance!

By retaining the factory ECU control and recirculating the vented air, the DV+ T9360 is a purely performance oriented product that offers the following benefits:

The T9360 is a fully recirculating direct factory replacement for the pneumatic diaphragm type BPV (Bypass Valve) used on Ford Focus RS - when you want the performance WITHOUT the noise!

The factory BPV (bypass valve) has a couple of key shortcomings, in construction and operation.

First of all, tuned engines running high boost also produce a lot of heat in the charge air. Because the BPV is situated right on the compressor, it is subjected to the hottest part of the intake charge, and the heat from the compressor cover itself. This can cause the factory diaphragm to rupture, and if that happens and goes undetected for a while, it can cause damage to the turbo, as the ECU will try to compensate for the lost boost pressure by increasing turbo speed.

Second, the operation of the factory BPV is not aimed at throttle response. Because of the soft spring and the solenoid valve that is in-line with the vacuum hose, it can only operate in two states – fully open, or fully shut. 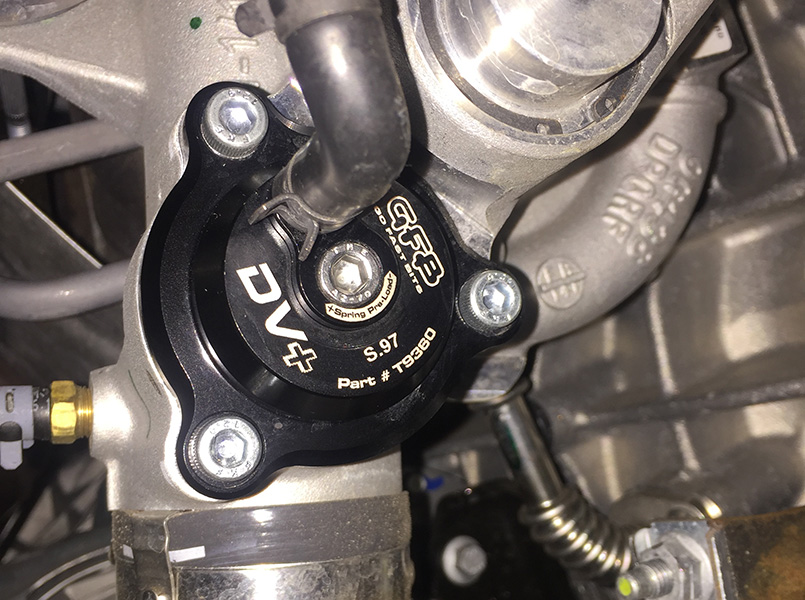 The factory BPV does not have the ability to open and close progressively in     response to the existing boost pressure, and throttle response suffers when    the valve vents more than it should in situations where you are not fully lifting the throttle. The T9360 solves these issues using proven metal and  silicone construction of the valve components, meaning the DV+ will last  a lifetime regardless of the harsh conditions.

As for performance, because the DV+ features a carefully selected spring rate  AND spring pre-load adjustment, it can operate progressively to help sharpen  throttle response. This is the basis of GFB’s TMS principle, which has been  shown to reduce the time to peak boost on gearshift by 30%. This benefit is  also particularly noticeable in situations where you are modulating the throttle  to balance the car in a corner.